I sewed this up as part of the francessuzanne Flip this Pattern Sew-Along.  It's the first one I've joined in the series.  Flipping a pattern makes me a little nervous -- I still feel like too much of a novice to change a pattern very much the first time through.  When I saw this pattern, my first thought was to make it out of knit and reversible -- that seemed like a wild enough flip for my skills.  Stella needs more everyday dresses since she often insists on wearing a "tutu".  But, I didn't have enough coordinating knit fabric on hand, and what I did have seemed like it would be a bit heavy doubled up.   I ended up sewing the shoulders in a woven solid, and the rest in a knit.  I've only sewn a few things out of knit, so I sewed carefully.  It turned out great! 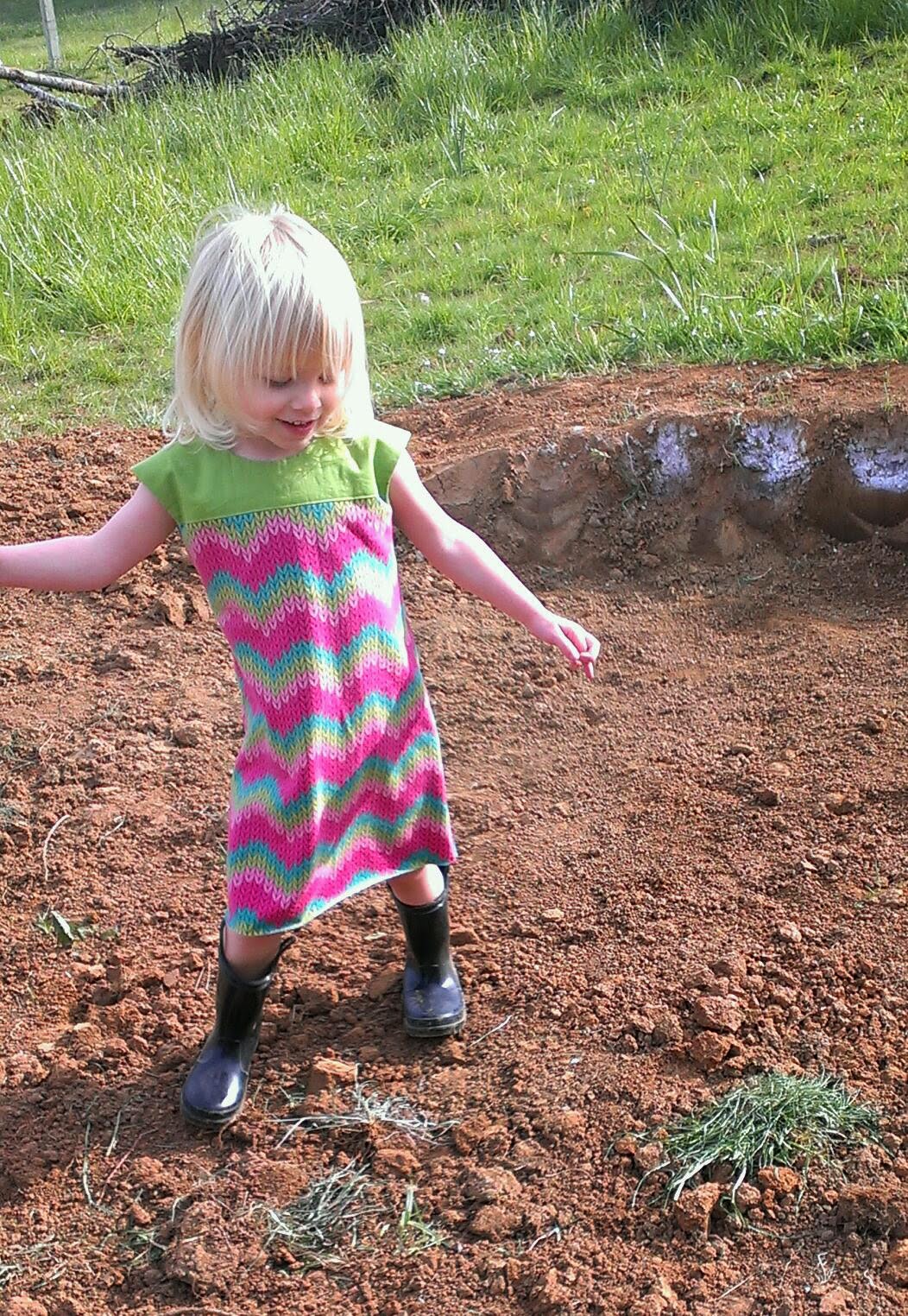 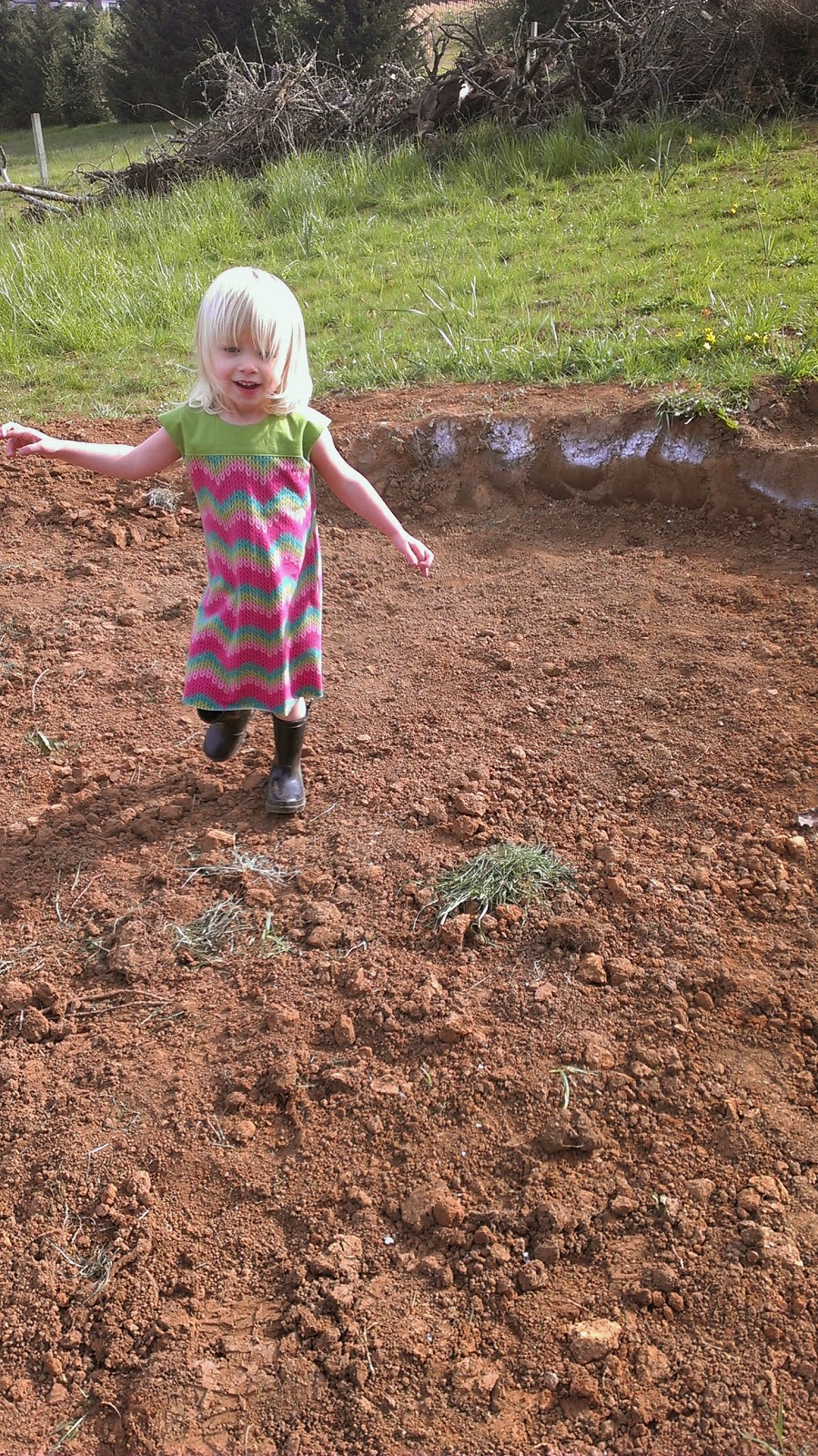 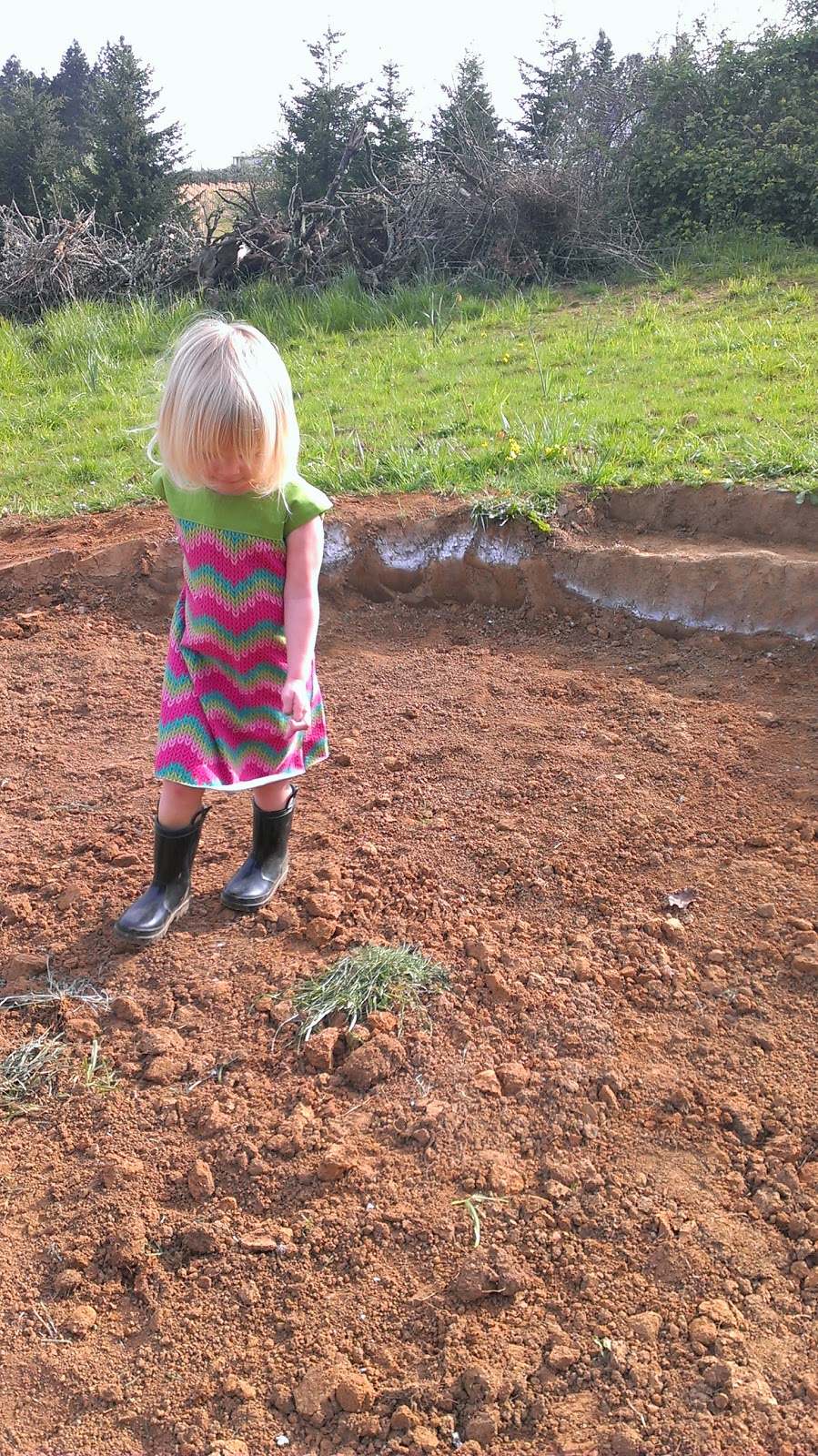 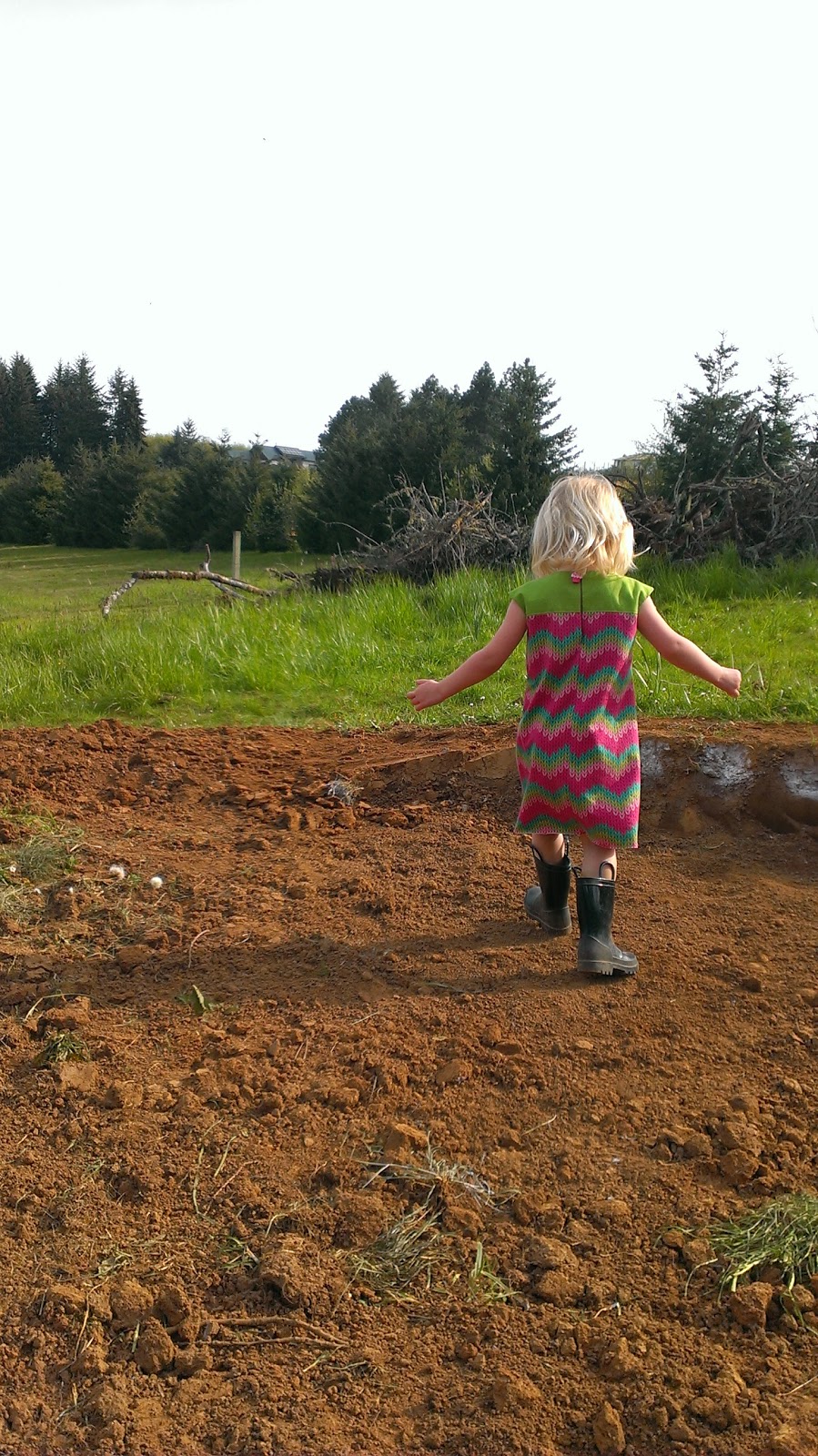 No close ups of the dress (and smartphone pics) and I learned my lesson about counting on a toddler for holding still for a half second or cooperating when I'd like to do her hair... 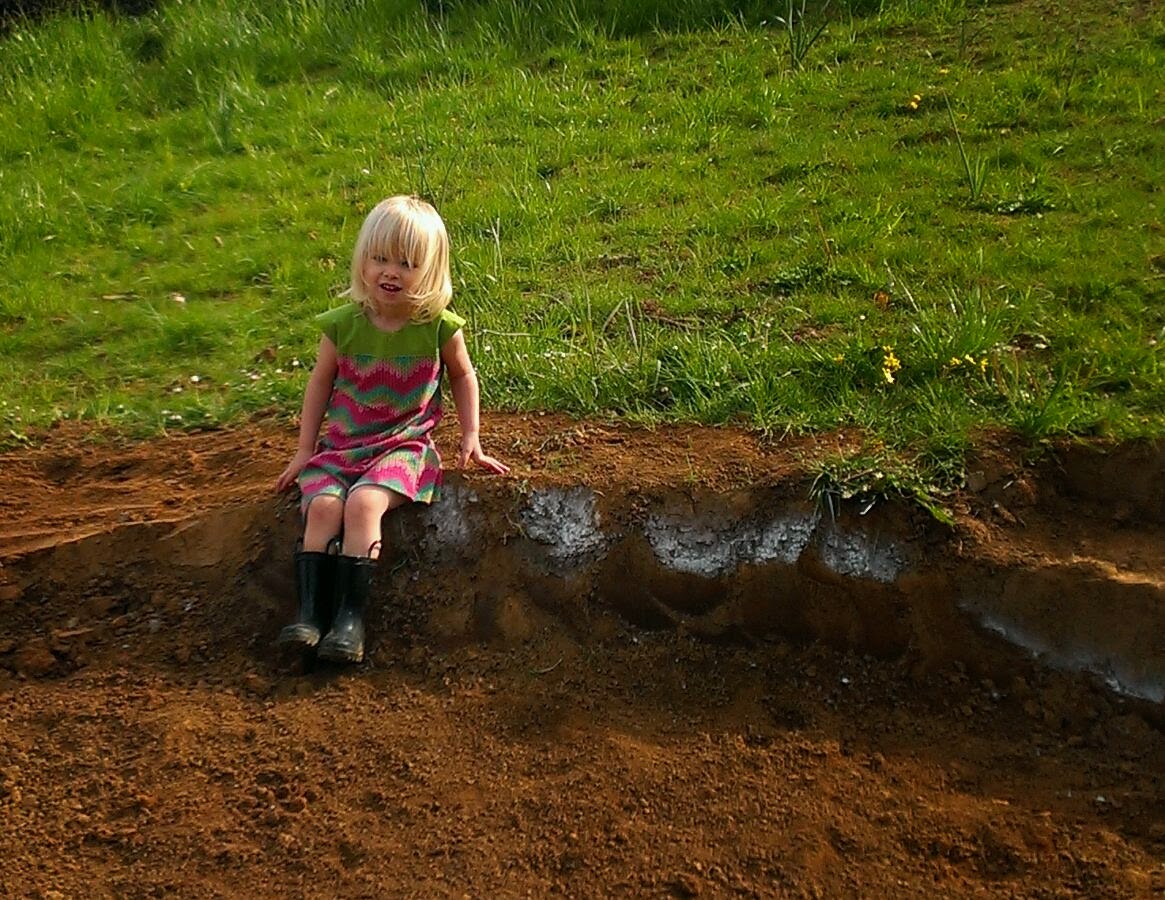 Stella picked out the cupcake button :) 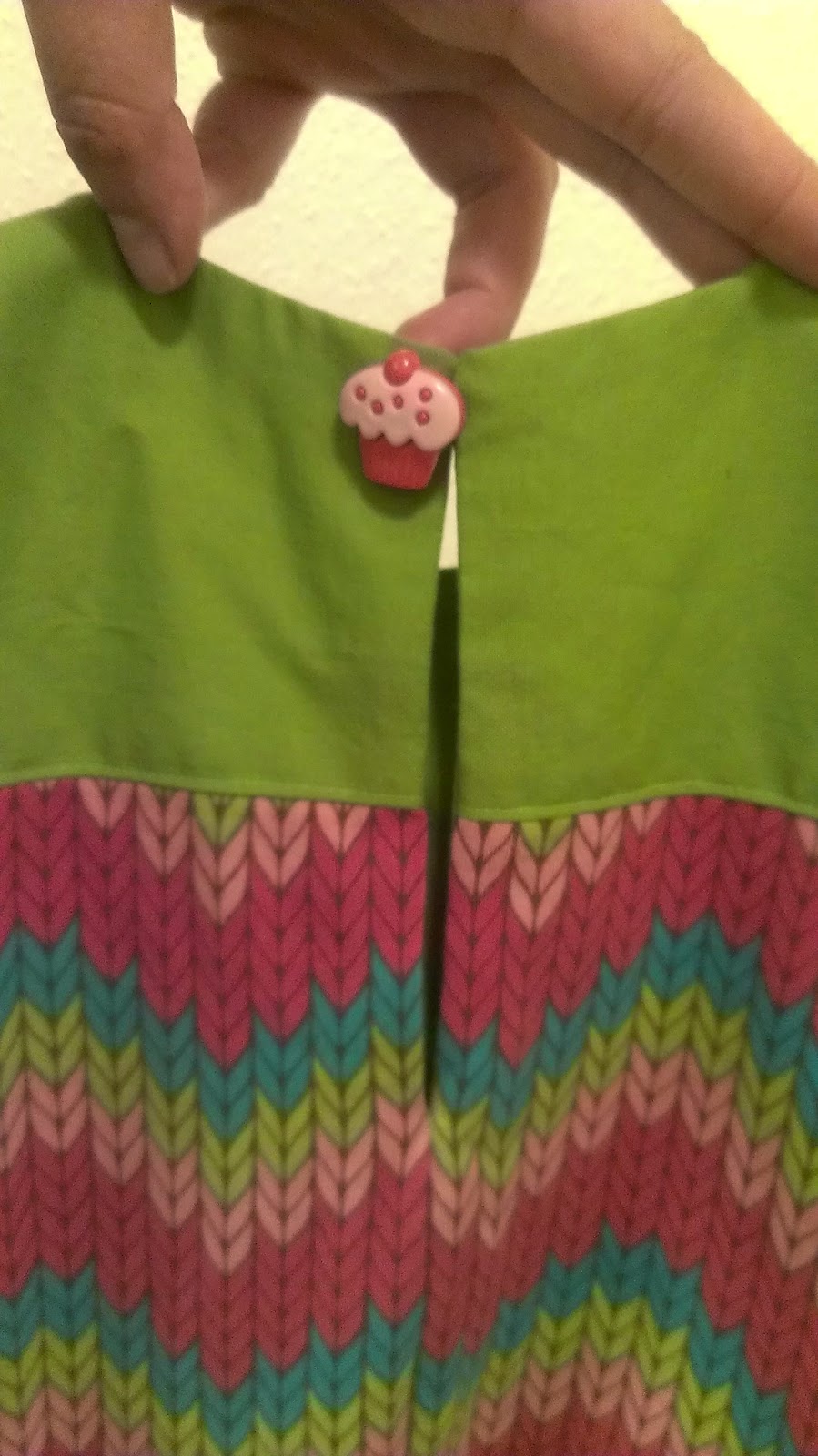 Only modification was only lining the bodice of the dress to keep it lightweight. 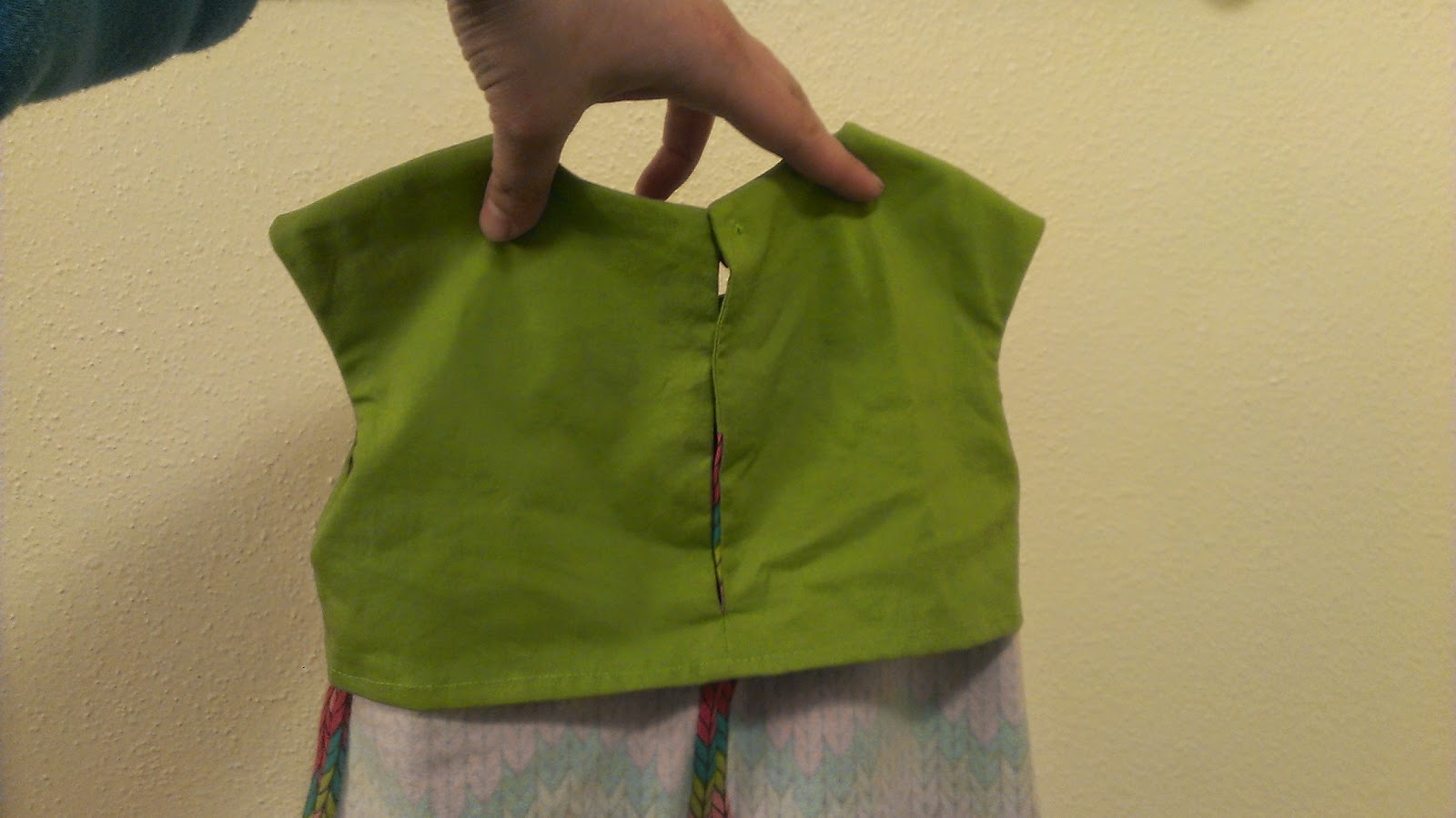 Curious about the dirt patch Stella was running around in?  Our future firepit!  We bought the supplies today and we're hoping to get it done next week.  So excited for backyard s'mores!


More about the pattern:

Sizing:  I sewed a 3T in a 4T length knowing it would be a bit big (room to grow!) and it fit fairly well.  The pattern didn't have a sizing chart, just finished garment sizes, but I messaged through etsy and got a quick response from the pattern makers.

Material used:  Kona solid for shoulders and jersey blend knit from Joann's that had been in the stash for awhile.

Appropriately rated:  Yes.  A beginner pattern, although more markings on the pattern would be appreciated.

Time spent:  Only a few hours including cutting out.

Comments: This was the first Heidi & Finn pattern I've sewn and I was impressed.  She has a lot of patterns, and I'm looking forward to making the jacket pattern I also bought.  The only grievances I had were that the pattern lacked any notches that would have been helpful when putting the dress together, and I couldn't figure out the middle back seam (steps 38-39) so I just sewed two seams instead of 1 and it worked fine.  I think I'll use this pattern again and  I would recommend it.
Posted by Laura at 9:50 PM 6 comments:
Email ThisBlogThis!Share to TwitterShare to FacebookShare to Pinterest
Labels: pattern review, sewing
Newer Posts Older Posts Home
Subscribe to: Posts (Atom)

Laura
I'm the mom of two happy little girls, wife to a wonderful man and an RN. I love gardening and sewing for my little girls. The blogging community inspires me and I hope I can inspire a few people here!